Hi, what are you looking for?

Edited in Prisma app with Surf

Back in July, famed NBA reporter Brian Windhorst took ESPN’s First Take desk by storm, desperately seeking to understand what exactly was going on in Utah. However, his premise at the time, was that Danny Ainge and the Jazz had been making a series of moves (with the most recent being the selling off of Royce O’Neale) that were not only mysterious, but illogical. The wider narrative at this point was the Jazz were being not-so-obvious in their tanking endeavors to land the #1 overall draft pick (presumably Victor Wembanyama) when June 2023 rolls around.

That was in the middle of the summer, when tanking plans are in full motion. This is now, in mid-November, when the Utah Jazz, against all odds, are literally sitting atop the Western Conference with a 10-3 record. 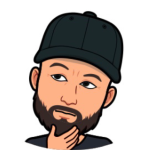 Within MLB’s Postseason Pursuit, These Are the “Races” That Remain

Which is the Best Sports Month?

Episode #1: Can the Blue Jays Actually Win the World Series?