The NBA tipped off last week, but we're still in "Preview" territory. Here are my predictions on where each of the 30 teams will finish in the standings, with win-loss records included. God help me. 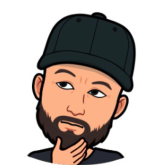 In the year 2021, I find it funny that the NBA still has divisions. Other than geography and scheduling (traveling), which has become infinitely easier over the years, they serve absolutely zero purpose anymore. Quick, can you tell me who won the… Southwest division last season? Do you even know which conference it’s in? Doubtful right? The short answer is that the Southwest Division resides in the Western Conference and at 42-30 last season, the Dallas Mavericks were the division “champions.” Congrats, I guess? That particular division also features the Memphis Grizzlies, San Antonio Spurs, New Orleans Pelicans, and Houston Rockets.

My point is, the NBA has informally shifted to a conferenced-based setup. Even if you “win” your division, that doesn’t guarantee you a top three seed in the conference come playoff time. For example, in 2021, the Philadelphia 76ers, Brooklyn Nets, and New York Knicks finished as the #1, #2, and #4 seeds respectively. They all play in the same Atlantic division. See? Divisions are pointless.

Regardless, with the 2021-22 NBA regular season having tipped off last week (I’m still claiming to be in “preview mode” still inside the first week), let’s predict some win-loss records for each CONFERENCE, and toss out some brief logic.

I actually hate going with the chalk pick here featuring the Lakers and Nets. Bleh, it bothers me. Much like last season’s weird version, I’d personally prefer a wildly random NBA Finals like say, Knicks-Blazers.

But even with the Lakers and Nets struggling out of the gate, each of these teams possess something that most teams do not: the power of superstar recruitment. If times are any bit tough nearing the trade deadline, any of LeBron James, Anthony Davis, Kevin Durant, or James Harden will snap their fingers and have management acquire whoever they want. And because there will be mid-season moves made to improve each of these teams if needed, the final (playoff) versions will be much stronger than the ones we’re seeing right now. I’m expecting a star-studded NBA Finals, both on and off the court.