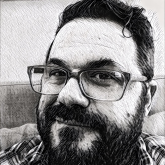 The world of a professional wrestler can present one with many hurdles to jump while trying to build a successful career. At its very base, wrestling is wrestling. While there are many different styles throughout the world, from Mexican Lucha Libre, Germany’s Catch As Catch Can, to Japanese Strong Style to name just a select few, at its absolute base, wrestling is wrestling. With the right coaching and teaching, a good portion of athletic people can become passable professional wrestlers. Case in point, 90% of the WWE roster. What a great wrestler needs, is a gimmick. Something to make themselves stand out.

So what do you do if you’re one of a dozen tattooed mid-20’s pro wrestlers on an indie card who all share the same skill set? Some wrestlers don a mask and wrestle a Lucha Libre style. Others may try a more realistic, stiff style that is reminiscent of an mixed martial arts fighter. But not if you’re Donovan Danhausen. If you’re Donovan Danhausen, you paint your face with corpse paint, “fail” at a legitimate horror gimmick, and slowly over time, morph it into both the least and most self-aware, possessed, “Conan O’Brien” demon wrestler you could possibly be.

“Danhausen” has been a pro wrestler since 2013, but you’ll be forgiven for not having heard of him. Plying his trade on the indie circuit for the last 8 years, he’s perfected the above-mentioned gimmick and improved his in-ring style, poised to break out soon. Currently “employed” by Ring of Honor (ROH), Danhausen is one of an abundance of pro wrestlers affected by ROH’s recent announcement of a “change in direction” to be implemented in the new year. They essentially released their entire roster. Adding to the bad luck, Danhausen broke his leg in two places at a Halloween show, just prior to the ROH pipe bomb.

While he isn’t currently in-ring, he hasn’t taken his time off lightly. Quick searches of the r/AEWOfficial and r/SquaredCircle subreddits, as well as his own Twitter feed, you’ll see that he has not slowed down in expanding his brand, cheering his favorite wrestlers Egon (All Ego Ethan Page), and PepsiMan (CM Punk), and also starting a feud with the Legendary Bill Ass and the Ass Boys (Billy Gunn and The Gunn Club). All of these guys of current All Elite Wrestling (AEW) fame.

The guy takes full advantage of his social media channels and truly lives the gimmick. He’s active on Twitter, Instagram, and YouTube, where he interacts on a regular basis with all of your favorite wrestlers as Danhausen the character, with the face paint, silly voice and everything else.

Danhausen, much like Orange Cassidy (also of AEW fame), Dan the Dad, and Effy, are all good wrestlers. But they have all gone beyond the mat and found a way to interact and involve themselves in their fans’ lives. People literally see themselves in what these wrestlers do, and enjoy how they’re turning it all on its side. For a long time, professional wrestling took itself too seriously, and while a certain amount of seriousness is warranted, it’s good to be reminded that at the end of the day, pro wrestling, while still a business, is really supposed to be fun. And whether he’s dancing to “Tequila,” filling his opponents mouths with human teeth, or asking Cory and Tony from A&W for work, Danhausen is indeed making pro wrestling fun. Weird, but fun.

With the news that the ROH releases are effective at the end of 2021, also came the news that any wrestlers who wanted to, could start taking bookings elsewhere. So far in AEW we’ve seen the likes of Jay Lethal become All Elite. However, with AEW’s Winter Is Coming pay-per-view emanating from Texas next week, and several big Dynamite and Rampage shows coming up, it’s possible more talent signs on the dotted line. Personally, I would love to see Danhausen make the jump to AEW. His vlog and Twitter timelines have already helped him build several ready-made feuds and alliances with various wrestlers, while his work has already caught the attention of AEW founder, co-owner, president and CEO Tony Khan. While AEW isn’t known for it’s off the wall and supernatural gimmicks, Danhausen has one foot grounded enough in his own version of reality that I really feel like it could work.

Get yourself acquainted with the “Very Nice, Very Evil” Danhausen, so when he finally does show up on your favorite wrestling show, whatever it may be, you’ll be ready.

Next post NBA PACE Rankings: Where All 30 Teams Stand After the All-Star Break
0 Shares