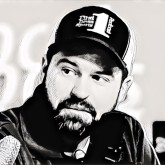 Just like that, Week 1 of the NFL season is now 15/16ths in the books, with the Ravens and Raiders waiting for their turn tonight. As is typical, yesterday’s scoreboard and fantasy totals was and were, all over the place. While some teams gave us the status quo, others blindsided us. Let’s review.

A neutral site. A good weather game. There isn’t a team in NFL history that I would have thought could dominate this Green Bay Packers team in that fashion. I still cannot believe what occurred, and don’t have much more to say about it, other than the current state of several of my fantasy teams is making this particular loss feel much worse.

I was not high on quarterback Jalen Hurts at all heading into the season, and for some reason I actually thought the Atlanta Falcons would be good. A 126.4 QB Rating for Hurts, compared to 71.6 for former MVP Matt Ryan contributed to a pummeling I was not expecting at all.

Though I did pick the Arizona Cardinals to win this game, I never would have imagined it would be by 25 points. Somehow their defense (and Chandler Jones with his 5 sacks) held Derrick Henry to only 58 yards on 17 attempts. The Julio Jones (3 catches, 29 yards) + A.J. Brown (4 catches, 49 years, 1 TD) duo debut was a flop overall, which included the typically calm and collected Jones taking an uncharacteristic unsportsmanlike conduct penalty.

Not Surprised At All

With one of the most talented rosters in the NFL and fresh off their first trip to the playoffs since 2002, I was expecting the Cleveland Browns to shine in their divisional round rematch versus the Kansas City Chiefs. That said, the Browns have not won a season opener in 16 years, with Patrick Mahomes and team being the worst possible choice to break that ice with. They made mistakes late against a team that weren’t going to make any in return. Cleveland can still prove they made the next step this season regardless of yet another Week 1 loss.

The Houston Texans were going into Week 1 with absolutely nothing to lose. They had zero expectations on them, not even with last year’s worst team in the league as their opponent. The (1-15) Jacksonville Jaguars on the other hand, were set to showcase the #1 overall pick in Trevor Lawrence and the long sought-after college football phenom coach Urban Meyer. Both were making their NFL debuts. However, the Texans and Tyrod Taylor could not have asked for a better Week 1 cocktail.

If you’ll remember, the Pittsburgh Steelers were 11-0 at one point last season, and had the toughest division in the NFL captured at that time. A rocky finish, including an embarrassing playoff pummeling from the Cleveland Browns, had a lot of people writing them, and their sure-fire Hall of Fame quarterback Big Ben Roethlisberger, completely off. It was an interesting coincidence that some of the most vocal people I know that were calling the Steelers “trash” are hardcore Buffalo Bills fans. As a Browns fan, I knew better. And this one basically wrote itself.